A common challenge when developing an agrochemical product is producing a formulation that is highly stable under various storage conditions, for long periods of time. Surfactants play a vital role when it comes to formulation stability. They can function as dispersants and emulsifiers, keeping particles (in either emulsions or suspensions) apart from each other preventing formulation breakdown mechanisms such as flocculation and coalescence.

In today’s market there is an industry drive towards formulations with even higher active ingredient concentrations, inclusion of multiple active ingredients (often with different physical chemical properties) and being able to combine in complex tank mixtures, thereby compounding the stability challenge.

Polymeric surfactants offer many performance advantages over conventional monomeric surfactants and are increasingly relied on to guarantee formulation stability in these challenging conditions. 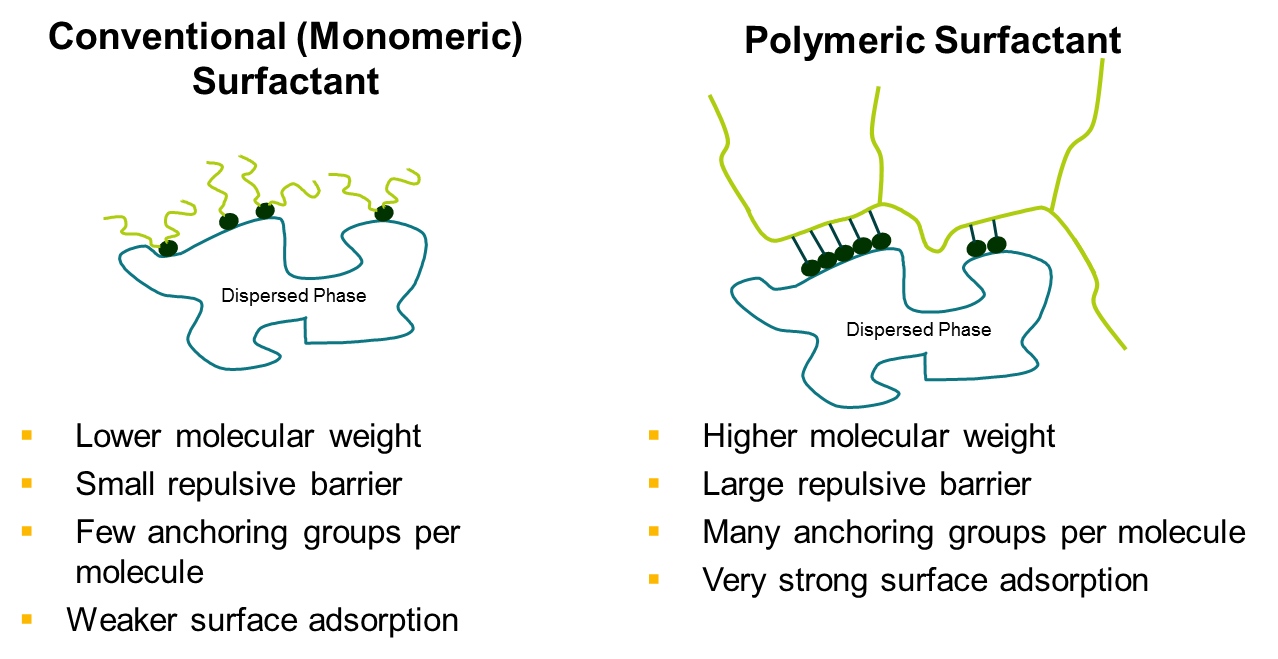 Our recent advancement in polymeric technology has seen us add a ‘star’ polymer to our range (Atlox™ 4916). This new molecule is a high molecular weight polymeric emulsifier and dispersant with low HLB, developed to provide excellent stability when used in a variety of formulations.  The star consists of a sorbitol base reacted with ethylene oxide (EO).

This product is then further reacted with a polymerised fatty acid resulting between 2-6 polymerised acid chains randomly distributed across the star shape. With its unique star structure, the design of this molecule was targeted at providing multiple chain anchoring points into both the aqueous and the oil phases. Atlox 4916 has superior anchorage at the oil/water/particle interface providing unmatched stability even in the most challenging formulation conditions.